‘What Are Fibroids?’ The Truth About This Painful Disorder

You or someone you know has probably had fibroids. But what are they and why don’t we know more about them?

July is Fibroid Awareness Month. This month, we’re answering all your questions about this uterine and reproductive health issue, from “What are fibroids?” to “How can I treat them?”

The turquoise room had thank-you cards featuring pictures of families and newborns draped decoratively across the wall.

I read the cards from my doctor’s other patients as I sat in a hospital gown on the examination table, waiting for my OB-GYN to check my ovaries via vaginal ultrasound.

I didn’t look forward to this type of ultrasound. But being diagnosed with polycystic ovarian syndrome a few years ago meant routine ovarian checks.

Wand in hand, my doctor began the ultrasound. Towards the end of the examination, she directed me to look at the screen.

“You see that right there?” she asked. “You have a small fibroid.”

As a Black woman, I’ve known several women with fibroids. Yet I had a limited understanding of what they were and how they affected us.

“Fibroids are an overgrowth of tissue from the muscle layer of the uterus,” explains Dr. Tiffany Bogan Woodus, a board-certified OB-GYN and founder of Woodus Obstetrics and Gynecology.

“Anywhere you find muscle on the uterus, fibroids can develop there,” she continues. “They are the most common solid, benign, or non-cancerous tumor in the pelvis of a woman.”

Fibroids vary in size and number. These firm tumors can be as small as “a pebble to a football or larger,” writes ob-gyn Hilda Hutcherson for The New York Times, and could be just one growth or multiple.

Now that we know the answer to “what are fibroids?”, it makes sense to wonder what causes these uterine tumors.

However, there isn’t just one thing that causes fibroids to develop. Reasons range from:

While there may be multiple factors contributing to the cause of uterine fibroids, it’s clear on how they begin.

“There are these cells called pluripotential mesenchymal cells that are basically stem cells. These cells can develop into different types of tissue,” explains Dr. Bruce Lee. An a board-certified gynecologist and expert in uterine fibroids, Dr. Lee is the creator of Acessa, a type of uterine fibroid treatment.

Specific genes seem to play a role in fibroid development.

“One gene has been identified as being prevalent in women with fibroids, a mutation in the MED-12 gene,” says Dr. Ruth Arumala, a board-certified OB-GYN and fibroid specialist.

“But more work needs to be done with genetic mapping” to confirm, she adds.

What Are the Symptoms of Uterine Fibroids?

While benign, fibroids can be asymptomatic (that is, producing no symptoms at all) or symptomatic. When they’re the latter, fibroid symptoms can include:

This spectrum of symptoms can range from mild to severe. Just as every person with a uterus is different, so is every fibroid.

How Can Fibroids Be Treated?

There are a number of treatments available for fibroids.

Some people swear by natural remedies that shrink fibroids or using a diet rich in vitamin D.

But for those who have severe cases, there are surgical options that range in severity. Radio frequency ablation is a type of controlled heat applied directly to each fibroid, and is seen in FDA-approved treatments Acessa and Sonata.

Then there’s the most common treatment, undergoing what’s known as a myomectomy—a surgery to remove the fibroid(s).

However, the only way to ensure fibroids never return are through a hysterectomy, the removal of the uterus. This choice is a difficult one to make, regardless of whether or not you want to have children or have already completed your family.

Why Don’t We Know More About Fibroids?

While modern technology has made it easier to discover fibroids, they’re not new. People have been asking “what are fibroids?” for millennia.

“We know that the Greeks wrote about fibroid tumors and they are found in Egyptian mummies,” says Dr. Lee. “They have been with us since the beginning of humankind.”

But for something so prevalent—according to Dr. Lee, uterine fibroids cost America “well over $34 billion… which is breast cancer, colon cancer, and ovarian cancer put together”—we know shockingly little about it.

These numbers are from actual medical diagnosis. With limited fibroid research and education, it’s difficult to know just how many women could possibly have undiagnosed fibroids.

“If fibroids were growing on a face or a scrotum, there may have already been more research. But, they are growing inside of women,” says Dr. Arumala.

What’s Being Done About That?

But the tides are shifting, she says.

“There is a new interest in women’s health,” she says. “In the last three years we have had good news on medications to treat fibroid symptoms.”

That interest is also translating into new calls for more research, education, and funding. In March 2020 Congresswoman Yvette Clarke of New York introduced a Uterine Fibroid Research and Education Act to “provide for research and education with respect to uterine fibroids” to the House of Representatives.

On July 30, 2020, then-Senator Kamala Harris of California introduced a companion bill to the Senate. The bill would give the National Institutes of Health $30 million from 2021 to 2025 to expand research into fibroids, as well as improve data collection and create public education on uterine fibroids through the CDC, Essence reported.

In March of 2021 Congresswoman Clarke along with Congresswoman Robin L. Kelly, Congresswoman Bonnie Watson Coleman, and Congressman David Scott continued the push for legislation on fibroids with the introduction of The Stephanie Tubbs Jones Uterine Fibroid Research Act of 2021.

These are all hopeful steps forward in the direction of furthering our understanding of fibroids.

The statistics on fibroids for all women are startling, yet it bears repeating that Black women are disproportionately affected by them.

Why do Black women experience fibroids earlier and more often than other women? The next article in our fibroid series will explore this question next week.

5 Tips For Anyone Dealing With Blended Family Drama

This Stereotype About Women Just Doesn’t Hold Up Anymore

Why It’s Time For Black Women To Start Saying No

How To Exercise With Natural Hair

Black Women And Marriage: Why We’re Over This Story 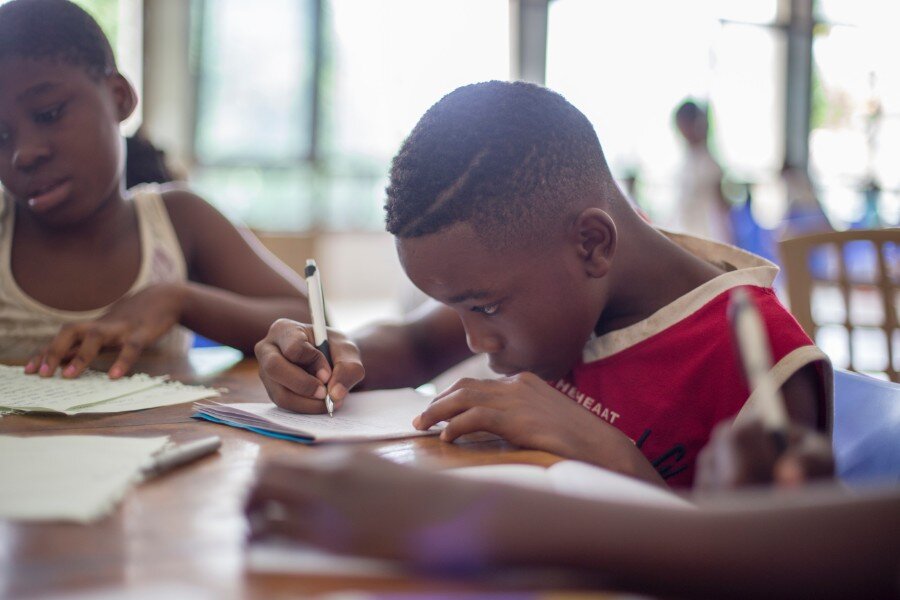 8 Affirmations That Will Remind You To Love Yourself

How I Learned How To Heal Myself After Divorce And Bankruptcy

How to Do Active Listening With Your Kid
Amber Perry Rainey is a contributing writer to mater mea.

How Many Black Men Are Missing In America?

How I Did It: Celebrity Stylist-Turned-Store-Owner Khalilah Beavers